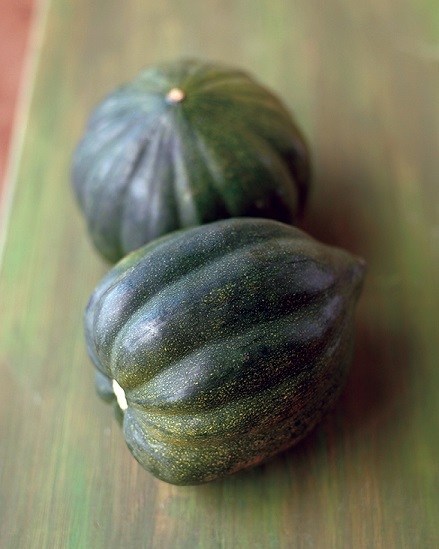 Cazzy's Corner - Time to Get Up; Here's Your Squash

I’m sure you have heard the expression, “Bringing home the bacon,” but have you ever heard of “Bringing home the squash?” Luke the Loveable Lab was our six year old yellow lab. He and I took our early morning walk every morning about the time dawn was breaking. On our daily walk, Luke picked up everything that was not permanently attached to the earth. I mean everything!

One of Luke’s good friends was Rocky, a lab mix. The two of them greeted each other and then we’d be on our way. His second friend was named Bentley. Now Bentley was a typical, droopy faced beagle hound. They would greet each other in a very laid-back relaxed manner—you really can’t get too excited when you’re around Bentley. Luke’s third good friend was Bob-The-Dog, or BTD, as we called him. BTD was a true Heinz 57.

It was a beautiful fall morning and Luke and I were moving right along when suddenly Luke spotted a foreign object alongside the walking path. He nearly pulled my arm out of the socket as he lunged to retrieve this valuable treasure. By the dim early morning light I could see that whatever it was it wasn’t alive and it didn’t seem to be making any noises. Still, I wasn’t sure I wanted to take it out of Luke’s mouth. He looked up at me as if to say “Isn’t this the most wonderful thing? Here take a look.”

“Oh, for heaven’s sake, I should have known all along. It was a large firm, green acorn squash.
How silly of me Luke. I should have expected that you would find a perfectly good acorn squash right here along the path.”

With squash in mouth, and jaw locked, we cut our walk short and headed for home. No time to waste, we had to get home to show “Sleeping Beauty” (my wife) what we had found. Oops, here comes Rocky. Luke looked up and kind of said out of the corner of his mouth, “Let’s keep right on walking, I don’t want to take time monkeying around with him today.” Sure enough, down the path was who else but old rubbersides, Bentley. Again, Luke made no apologies for not wanting to stop—we were on a very serious mission.

As we got back home and quietly opened the door, I could tell that my wife wasn’t out of bed yet. The hallway was dark and no lights were on in the bathroom. This early hour did not alter Luke’s plans. Down the hall and into the bedroom with the most fantastic squash any lab had ever found. Just as little Miss Sunshine was swinging her legs out of bed, Luke deposited his slobber-covered squash in her nightie-covered lap. Well, let me tell you—talk about a Kodak moment. It was not a pretty picture. Being presented with a slobbered covered squash before your feet hit the floor was probably way down on her list of favorite ways to be awakened. As Luke and I retreated down the hall, he looked up at me in his own way and said, “She has no sense of humor at all.”

P.S. Blessed are they who can laugh at themselves for they shall never cease to be amused.