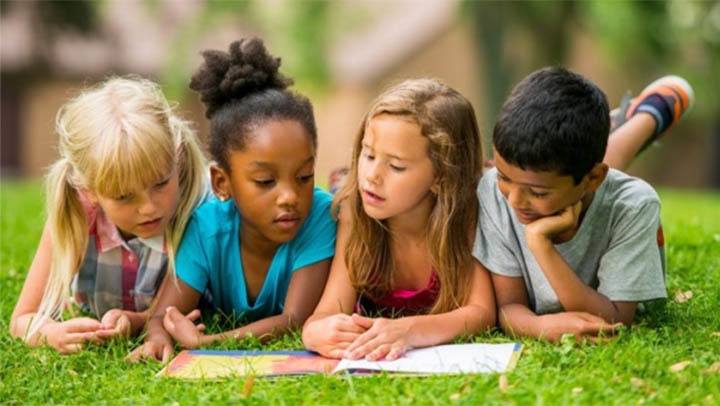 The first graders were discussing a picture of a family. One little boy in the picture had a different color hair than the other family members. One child suggested that he was adopted and a little girl standing next to him said, “I know all about adoptions because I was adopted.”

“What does it mean to be adopted?” asked another child.

“It means” said the girl, “that you grew in your mommy’s heart instead of her tummy.”

“Oh no!” the little girl said, “Jesus is in my heart, Barney’s on my underpants.”

A dad was driving home from work one afternoon. He stopped to watch a local little league baseball game that was being played in a park near his home. As he sat down behind the bench on the first base line, he asked one of the boys what the score was. “We’re behind fourteen to nothing” he answered with a smile.

“Really.” The man said. I have to say you don’t look very discouraged.”

“Discouraged?” the boy asked with a puzzled look on his face. “Why should we be discouraged? We haven’t been up to bat yet.”

On a cold winter day in December a little boy about ten years old, was standing in front of a shoe store on Main Street, barefooted, peering through the window and shivering with the cold. A lady approached the boy and said, “My goodness my little fellow, why are you looking so intensely in that window?”

“I was asking God to give me a pair of shoes.” Was the boys reply. The lady took him by the hand and went into the store and asked the clerk to get a heavy warm pair of socks for the boy. She then asked if he could get her a basin of warm water and a towel. The clerk quickly brought them to her. She took the little fellow to the back part of the store and removing her gloves knelt down, washed his cold and dirty feet, and dried them with the towel. By this time the clerk had returned with the warm socks. She put them on the boy and patted him on the head and said, “No doubt my young friend you will feel a lot more comfortable now.” The clerk also brought a nice pair of shoes—just the right size to fit the boy. After she paid the clerk and was turning to go the astonished lad caught her by the hand, and looked up into her face, and with tears in his eyes, he said, “Are you God’s wife?”

P.S. I am grateful for my lawn that needs mowing, windows that need washing and gutters that need fixing because it means I have a home.