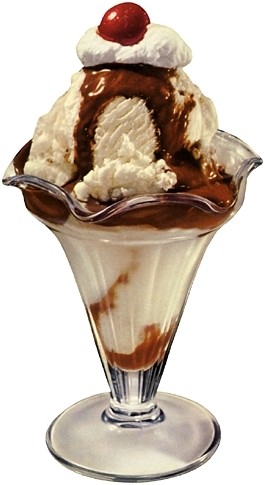 Hats off to this four year old child. This child can teach us all a real life lesson in caring. It seems that Billy lived with his family whose next door neighbor was an elderly gentleman who had recently lost his wife. Upon seeing the man cry, Billy went over to the old gentleman’s yard and climbed onto his lap and just sat there. When Billy’s mom asked him what he had said to the neighbor, Billy said, “Nothing, I just sat with him and helped him cry.”

Whenever Im disappointed and feel down with my spot in my life, I  stop and think about little Jamie Scott. Jamie was trying out for a part in the school play. His mother told me that he’d set his heart on being in the play., though she feared he would not be chosen. On the day the parts were awarded, I went with her to pick him up after school. Jamie rushed up to her, eyes shining with pride and excitement.

“Guess what mom?” He shouted, and then he said those words that will remain a lesson to me: “ I’ve been chosen to clap and to cheer!.”

A lesson in “heart” is this little ten year old girl, Sarah. She was born with a muscle missing in her foot and she wears a brace all the time. She came home one beautiful spring day to tell her mom that she had competed in “field day”—that’s where they have lots of races and other competitive events. Because of her leg support my mind raced as I tried to think of encouragement for my Sarah, things I could say to her about not letting this get her down—but before I could get a word out, she said, “Mommy, I won two races!”

I couldn’t believe it! And then Sarah said, “I had an advantage.”

Ah, I knew it. I thought she must have been given a head start….some kind of physical advantage. But again, before I could say anything she said “Mom, I didn’t get a head start…my advantage was I just had to try harder! “

P.S. Ice cream is good for the soul: Last week Mary took her son to a restaurant. Her six year old son asked if he could say Grace before they ate. As they bowed their heads the boy said, “God is good. God is great. Thank you for this food, and I would even thank you more if mom gets us ice cream for dessert---and liberty and justice for all. Amen. Along with some laughter from other customers nearby I heard a woman remark “That’s what’s wrong with this country. Kids today don’t even know how to pray. Asking God for ice cream! Why I never!” Hearing this her son burst into tears and asked, “Did I do it wrong? Is God mad at me?” As she held him and assured him that he had done a terrific job and God was certainly not mad at him, an elderly gentleman approached the table. He winked at the boy and said, “I happen to know that God thought that was a great prayer.”

“Cross my heart.” Then he whispered (indicating the woman whose remark had started this whole thing), “Too bad she never asks God for ice cream—a little ice cream is good for the soul sometime.”

Naturally, mom bought her son some ice cream at the end of their meal. The boy stared at his ice cream for a moment and then did something Mary would remember for the rest of her life.  The youngster picked up his sundae and without a word walked over and placed it in front of the woman. With a big smile he told her, “Here, this is for you. Ice cream is good for the soul sometimes and my soul is pretty good already.”