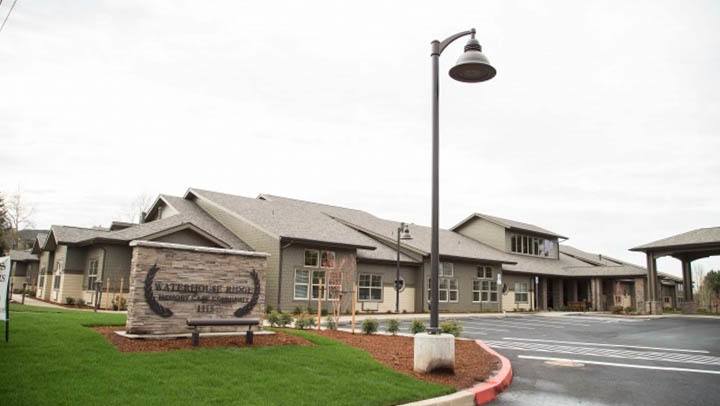 Cazzy’s Corner – It’s Been Quite a Journey

Let’s back up about six years. My wife and I moved to Beaverton, Oregon and bought a home in Oak Hills. My wife’s primary doctor suggested we make an appointment at the Portland Alzheimer’s Association because she had been diagnosed with Alzheimer’s disease and they had a six week class just about ready to start. It was one of the best things we ever did. There were six “couples” in the class—six Alzheimer’s patients and six caregivers. The sessions were invaluable to say the least. We heard from the medical profession, the legal people regarding the laws in Oregon, and the DMV told us about driver’s safety, licensing, etc. All twelve of us became “family.” We shared the happy and the sad times and hated to see the sessions come to an end. My wife Hallie and I decided we couldn’t just say goodbye and end it like that, so we invited the other five couples to our house for a potluck get together and so was born “The Wild Bunch.” We met every month at our different homes, we drank some wine, laughed a lot, shared our feelings and plans and in general supported one another. “The Wild Bunch” was even written up in the Washington Post, The Chicago Tribune and the Oregonian.

It was not long after our group was well under way that I read an article in the Oregonian paper that a new and unique memory care facility was going to be built here in Beaverton—not far from our home. I contacted the owners of the memory care home—a Mr. Zach Falk—and invited him to our next Wild Bunch potluck. He was eager to accept my invitation-he even brought a of couple bottles of Oregon wine to the festivities. (Little did he know that this was the price of admission.) Zach Falk shared his vision of what Waterhouse Ridge Memory Care would look like. He told of the plans for this new local facility and the rather unique concepts that would be offered. One of the things that piqued the interest of our group was the fact that the idea of “total family care” was just that. The families of the residents would have a very active part, if they so chose, in the overall life of their loved one. Continuing to be a caregiver (or a care partner) would be an integral part of this family inclusive concept.

Now, let’s move forward a couple of years. Ground was broken and construction was underway at 1115 N.W. 158th Avenue in Beaverton. My wife and I made several visits to Waterhouse Ridge over the early construction period. It was of real interest to me as her caregiver that Hallie could see this new and exciting building starting to take shape. I remember the day when this brick and mortar structure started to really blossom and it became a warm and beautiful place where she could one day live. As her doctor told her she would be getting much better care and more social stimulation at Waterhouse Ridge than she could receive at home. And the best part, I could still be totally involved in her everyday life. This would be the best for both of us.

Shortly before the completion of Waterhouse Ridge Memory Care, my honey of fifty-eight years passed away. She never got to be a resident but in some ways she and I helped blaze the way for all the future residents who will enjoy all that this amazing facility has to offer. I’m happy to say that I am and will continue to be an active part of this wonderful team. Who knows? Maybe someday soon we’ll meet over there and share some experiences. Looking forward to it.